Mary and I set out to this beach, where there was actually an expanse of sand, on a moderately breezy cold day in the 20s.  I had the cracked stick that was on the bottom of the pile making a little odd to draw with, as I had to hold it together a bit.  We  did 10,500 between us. I did only rows, while Mary, always the teacher, filled a chart so as not to lose count. She said that this way she could pray for the women and the situation in Iraq. 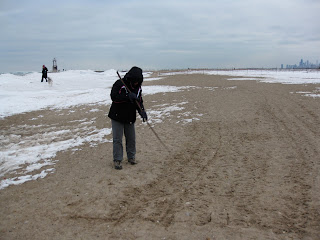 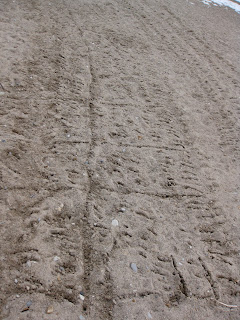 Both of us spent a good deal of time talking to passers-by.  Mary spoke to a lady who saw us another time on the north end of the beach (either Leone or Greenleaf?) and wanted to ask what we were doing.  I spoke to a Romanian lady with a husky named Katia, who "Hates all Arab men."  I tried to talk about it but she interrupted with a story about higher education growing up in Romania.  She said that in communist Romania, they would invite Arabs to enroll in university saying that "we hate the Americans too." but that she never saw a single female come to school, only the men.

I couldn't argue or debate.  When someone is so vehemently telling a stranger how she feels about men, it's best to just let some things lie if nothing is at stake but argument - one cannot win an argument about how someone else feels.  I tried to insert Jaber's story and his pride in his daughters' education and talent, but I only got as far as "I know a man..." 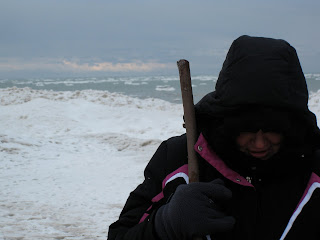 Posted by ConsciousV at 5:50 PM