My larger heavier stick with a bend at the end made for a challenging time, along with the strong north wind and varying thicknesses of snow.  The end of the branch had a unique hook to it which demanded certain gestures on my part.  some times I would press down and the hook end would stamp a line.  this branch was not to be dragged easily, but at most angles the end would make a two-three inch line.  Turned over- so that the bent part of the branch defied gravity and went straight into the air - the hook would dig a little hole and pull out sand and snow or, if the snow was deeper and of the right consistancy, would simply pierce the snow.  Stamping alludes to various official functions, keeping government record of death, of those who need aid, of discrimination.  Hooking and digging out can be a cleansing or a torturous separation - or a weaving function.  Piercing speaks for itself. 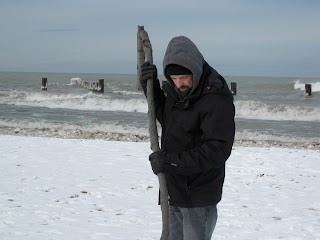 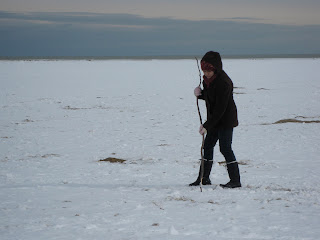 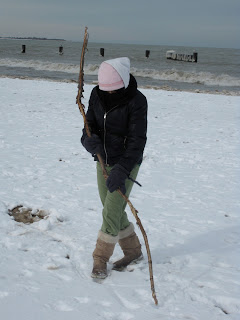 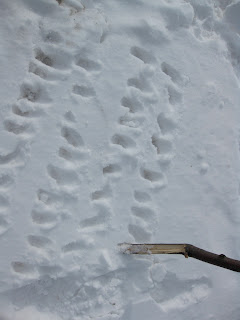 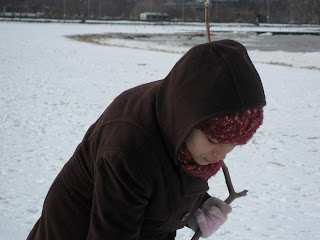 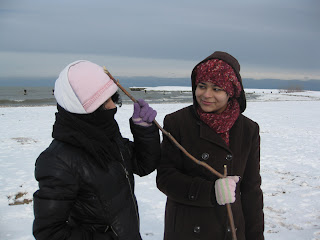 Posted by ConsciousV at 5:29 PM