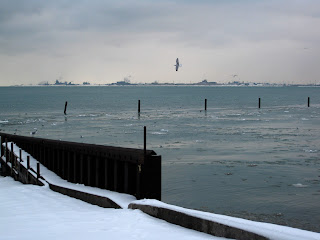 I had to use the branch I picked up yesterday at Gillson because it was so long and forked at the end that I was afraid that someone would poke their eye getting in and out of the van.  Is this analogous to anything in Iraq? Maybe some of the force used (cluster bombs, stealth fighters, depleted uranium bombs) was used because it had to be used.  They were to strong, too dangerous, to expensive or high profile not to use. 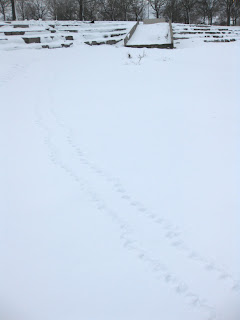 I don't know - but I do have a friend who was sad that he had been promoted to trainer just before Operation Desert Storm and never had the opportunity to fly a sortie in his bomber. We
are trained to do something, or we have acquired the right tool for something, and that training or tool wants to be used.  the more we have invested in the training/tool, or the more in our way it is, the sooner we are likely to put it to use. 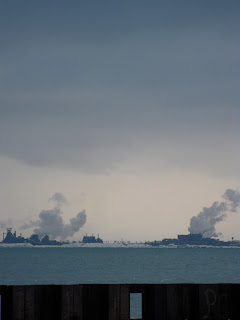 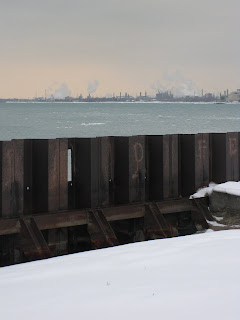 Nearby steel mills remind me of the shipping and oil that passes through this area that has fueled Chicago since its founding.   Protecting oil is why we engaged Iraqi troops twenty years ago.
Posted by ConsciousV at 11:25 PM