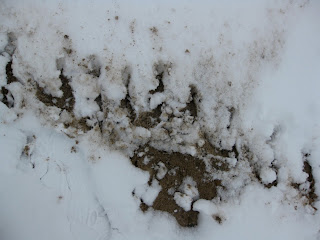 Today, instead of making beautiful patterns on the beach, I made an ugly mess of a beautiful fresh snow, drawing 11,200 lines through the soft snow into rough sand.  This isolated park is down nine perilous steps from street level at the lake end of a dead end street. 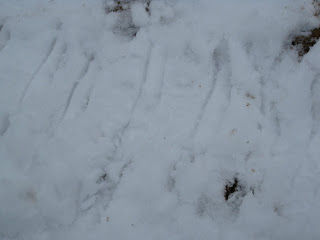 About three quarters of the way through, I noticed that this branch too was making a double line with its forked end.  When I looked back I realized that there were many double lines not counted - some were messy in the snow and couldn't be seen, others were very clear.  I've thought about whether or not it is a cheat to count these lines, but now I'm wondering if it is a cheat not to count them.  Is this how under-reporting of numbers begins?  Maybe I missed hundreds or thousands this way. 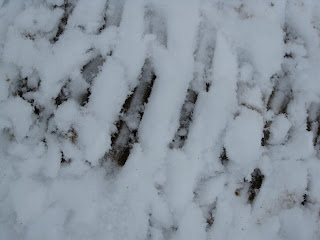 It reminds me of this terrible account I heard, told first hand on 60 Minutes on the occasion of the 10th anniversary of the end of the Vietnam War.  This soldier was remembering that leave was awarded based on body count.   A helicopter gunship would run through a village and then the troops would come in and count bodies.  He was remembering that a woman had her unborn fetus blown right out of her womb.  He had to decide whether to count one or two.  He said that he had counted two - he said this crying on camera probably 15 years later, because that image had never left him.

This is what I was thinking about when counting or not counting double lines in the soft snow on the  rough sand.

From my song Collateral Damage  ©1992:
Village of grass, gunship arrives
Six thousand bullets, one minute alive
Blast the unborn right out of the womb
Days off in the port, the smell of perfume 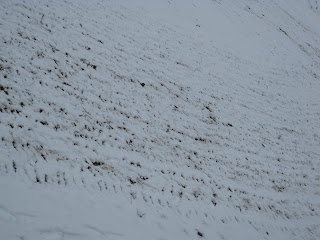 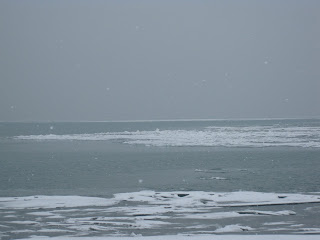 Posted by ConsciousV at 3:49 PM