Approximately 120 participants commemorated Iraqi Widows with 13,989 lines drawn in grids, pictures and messages on a chalkboard, two large panels and the asphalt at Manifest 2011. 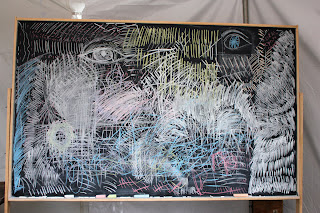 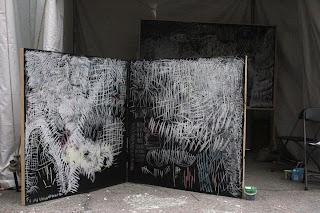 Posted by ConsciousV at 11:29 AM No comments:

Artistactivist Presents: Widowsweave will be present at Manifest
May 13th Noon-7 900 South Wabash - Outside
Add your mark - Draw chalk lines for Iraq's widows - on chalk boards and on the pavement.
Join Kevin in this Widowsweave event. 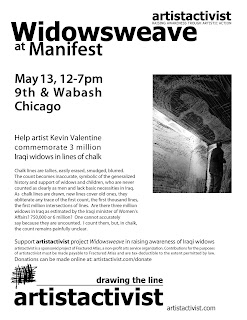 Posted by ConsciousV at 2:49 PM No comments:

Had a great 1st fundraiser on Sunday, raising almost $500 towards Artistactivist and Widowsweave project.  Will be planning more Widowsweave events soon.  Thanks to all who participated, donated or otherwise helped out.  Special thanks to Colleen and Justin at Work Studio in Chicago for donating the space, and Ramah Jihan for a beautiful set of music.
Posted by ConsciousV at 1:03 PM No comments: 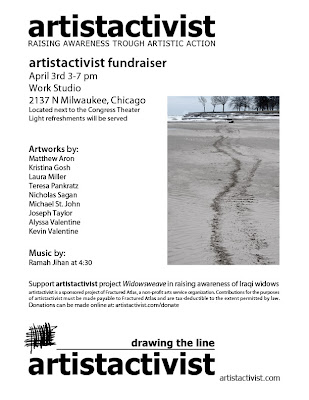 All are welcome at Artistactivist fundraiser this Sunday.
Posted by ConsciousV at 10:10 PM No comments:

Artisactivist, Valentine's not-for-profit will be holing its first Fundraiser at Work Studio in Chicago on April 3rd.  Please come and support the artist's efforts to raise awareness of the conditions of Iraqi widows.
Posted by ConsciousV at 10:51 AM No comments:

I'm up at nights thinking of how slow I've been at getting Widowsweave  into galleries and spaces.  Is it life or disorganization, timidity or timing?  I've had a couple of apps and grants not quite get accepted, but there is a haze on the whole project which I have to clear away.  I have to buckle down and find the time and space to make real progress, only without depleting our resources.  Until I receive a grant or find employment, I have to stay on the cheap.  There is still much I can do.
Posted by ConsciousV at 8:38 PM No comments: 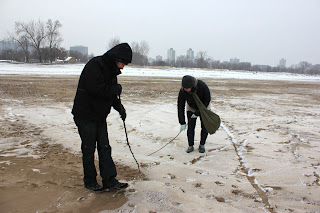 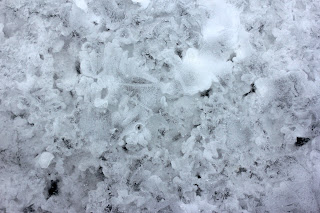 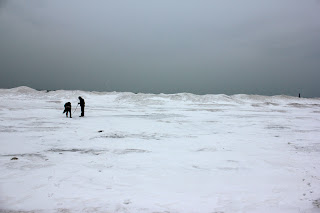 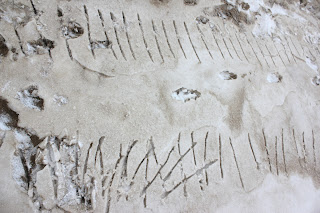 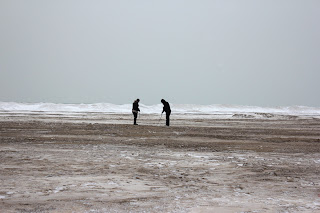 Like sentinals
Posted by ConsciousV at 5:01 PM No comments: