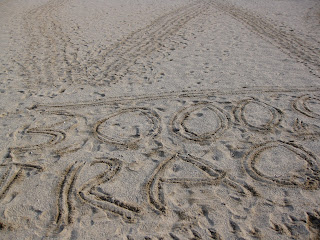 I decided to try to make a different statement today, and began to spell out widows on a large scale using the hatchmarks to create large letters.  I was marking the W in widows when I realized that I was surrounded by a field of marks I'd made on my previous visit on January 28th.  I drew on the other side of the beach instead.  I did a twenty foot letter W, and then wrote: 3,000,000 Iraqi Widows at the bottom. 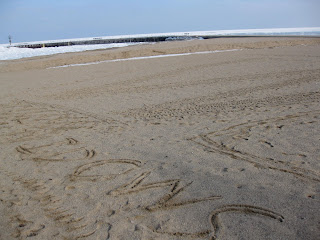 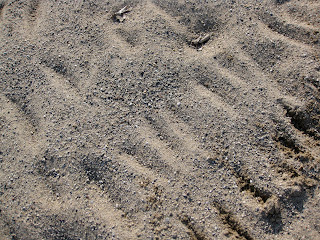 Old Lines / New Lines
When I was leaving, I actually saw a few lines left from that frozen ice storm day - January 21st, eighteen days ago in the snow and ice.  It is kind of haunting and powerful to think that something like a line in the sand can last through rain, snow, thaw and wind. 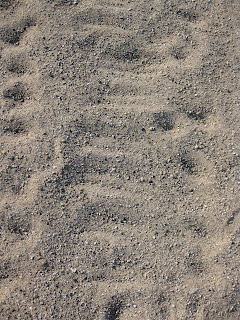 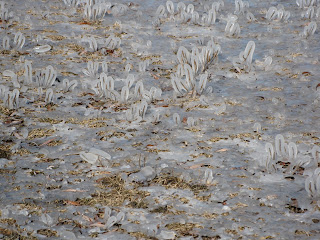 Lake ice on grassy hill
Posted by ConsciousV at 8:29 PM