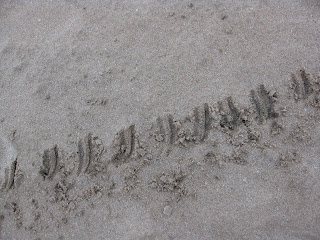 Today I thought about the existential dilemma of drawing lines for a symbolic number of people.  Does each line represent a person, a memory, artistic effort? How can we quantify a number which is in itself disputed to be anywhere from 1/4 to almost 3 times the chosen representation of 3 million.  This is the third time that I have had a stick which wanted to leave two parallel marks.  I have resisted counting both because counting each individual tally is important to the concept of the piece.  But what of today's branch, with which it was very difficult to avoid drawing two lines at a time (on some textures of sand)?  I decided that, as fate would have it, this would represent the difficulty in estimating an uncounted number of widows.  So, on the one hand, I was counting double at times, which felt like cheating, but on the other, I had to pay close attention in order to count only those lines that were clearly double, not just those that looked double from one angle - this caused me to slow down and think more. 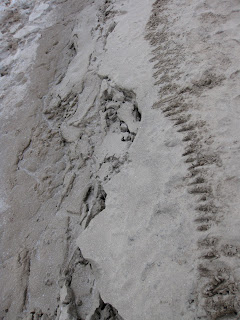 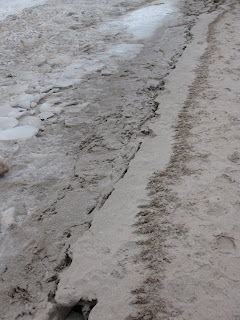 A light snow was falling and became a little heavier as time progressed.  I was very quiet despite the wind - probably due to the breakwalls installed in Evanston.  I completed 20,000 lines with my light and balanced stick, perhaps 1000 of which were through doubles.  This was at the Greenwood St. Beach. 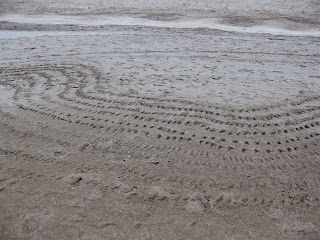 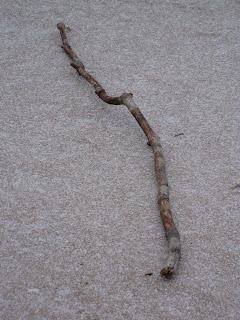 Posted by ConsciousV at 5:08 PM