Peace to Iraq on Election Day 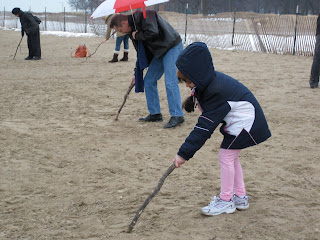 Today my wife Mary and I and  our good friend Alan, who speaks Arabic as one of his five languages, joined Jaber's extended family and friends to draw Peace and  السالم (Al Salam) in the sand.  At Loyola beach in the cool rain it felt festive, celebrating the election - it felt to me personally like a Thanksgiving celebration, with extended family and select friends all joyous and hopeful.

The original intent was to draw English and Arabic translations of Peace for each of the elected positions in today's vote.  Online I thought that there were to be 440, but when I followed through, it seemed that there were 440 provincial elected officials in 2009, and that this year there were 440 banned candidates (or one report said "more that 440").  After changing a flier to reflect "banned" instead of "elected" it turned out impossible to calculate exactly how many times we inscribed peace in the rain-dampened sand.  Jaber and Alan each did well over 50, I did 50 and everyone else worked some.  So this count is a best-guess estimate, like a count at an election rally, when official estimators say there are 10,000 in attendance.  I am saying that we did about 325 - which is the number elected to parliament in today's election.  I also made an executive decision to average the number of strokes at 20 per pair - 8 for السالم and 12 for PEACE. 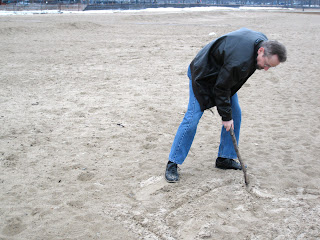 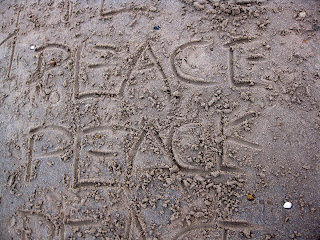 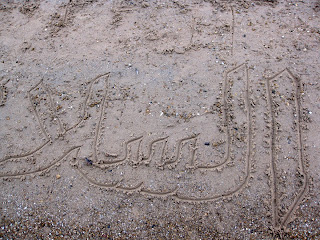 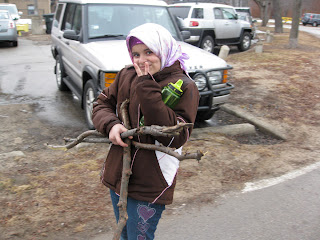 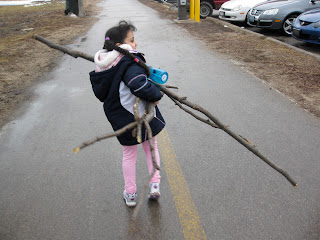 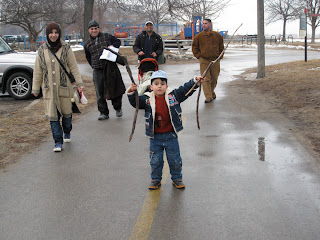 So for Lines in the Sand, we are estimating 6500 lines or 325 x 20.  Of course this was much more than any line total or simple tally; it was the gathering of hope, aspiration and love for Iraq, for the Alturfee family and friends and for Iraqi widows.

Al-Salam,
السالم, Peace
Posted by ConsciousV at 12:11 AM