Today was a wonderful thaw, 45 degrees with a south wind, the remainder of the lowest low pressure front to ever hit the West coast.  It was overcast with some mist, but it didn't rain on us.  Jaber and I did line for line while talking about the project, Iraq Foundation, Iraqi Mutual Aid Society...  This made counting lines harder, but the meaning more rewarding.  I had a heavy dull branch to draw with, so we switched off once, then later took turns with the lighter, sharper branch.  We completed 16,500 lines and covered the entire end of the beach north of the concrete pier where we were observed by a dozen or so gulls.  Jaber also tried to teach me to say "Kevin draws lines in the sand to benefit widows in Iraq" in Arabic, but it is very hard - especially when trying to count lines. 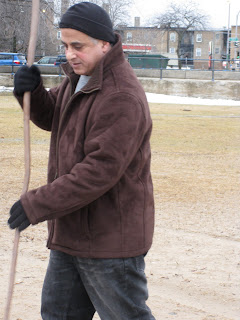 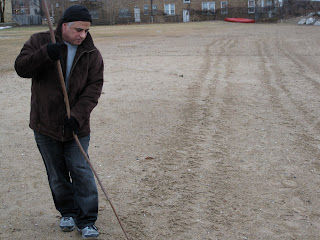 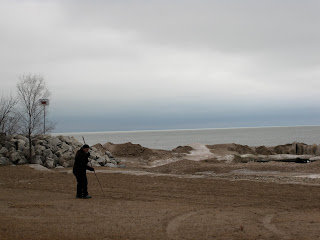 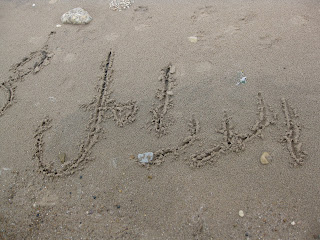 Posted by ConsciousV at 8:59 PM