Met with Cliff on Tuesday Oct. 6th.  He referenced a number of architectural sites, both historical and contemporary.  The Temple at Karnak in Egypt, and the Jewish Museum in Berlin by Libeskind in particular.  We talked about the ceremonial aspect, the transformative aspect of the architecture, the structure of the pillars referencing a processional. 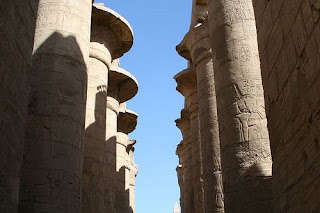 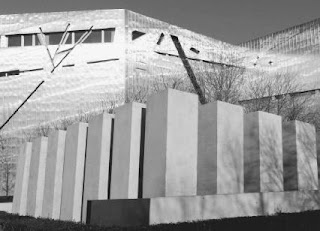 We also talked about the Monument Against Fascism by Jochen Gerz, a column that lowers into the ground and disappears as its surface gets the signatures of witnesses to the monument. 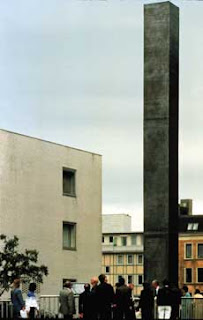 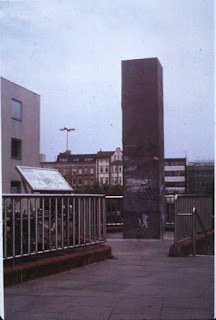 I need to pay more attention to the reasons for creating the space.  I know that I want it not to be a blatant referance to a mosque, an Iraqi graveyard or a Western funeral parlor.  It needs to be a metaphoric space which creates a transformation from the gloom and sadness of the entryway of rememberance (of the dead) to the affimative, healing, comfort of the memorial to the Widows who have survived.  That is the point of the two rooms - it's not just the aesthetic, but the spiritual passage from grief to hope that I wish to capture in the final installation and performance.

Posted by ConsciousV at 8:13 PM